If you live in Alameda above the ridge, you’ve walked, ridden or driven past this very nice home many times. It’s on the wide sweep of Regents Drive, just north of the intersection with The Alameda, on the east side of the street. 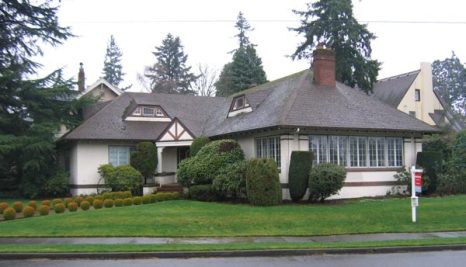 3032 NE Regents Drive, Portland, Oregon. Built 1923 by C.O. Waller at a cost of $12,000, which was a lot of money in 1923. This was on the high end for construction costs of other houses built in the neighborhood at the same time. Some families who have lived here over the years have used the west wing of the house (with all the windows you can see above) as a place for their books.

It’s been a favorite of ours, particularly all the casement windows; the curved approach walk with the formal shrubbery, the welcoming way in which the building is sited at the corner with Regents and Dunckley; the brick, the tile roof and all the Tudor details. It’s a nice place.

So we were intrigued recently when picking up the real estate flyer advertising this as the former Alameda Library. Hmm. Really?

As a historian who loves a good mystery, I dug into the resources to see what I could find. And despite the realtor’s listing citing this as a “local legend,” I can report the following, to the contrary: 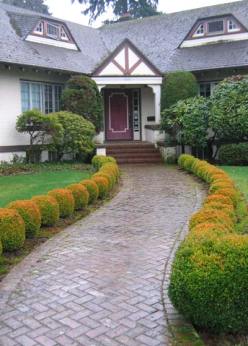 Perhaps the urban myth of “Alameda library” arose from the fact that several homeowners at that address have used that west facing wing — with all those windows — to place their bookshelves. Or from the fact that if you squint your eyes just right, the architecture and the layout of the building on the site does indeed feel like a welcoming, friendly public building.