When was the last time you had a really good look at the clues from your house’s history? Cooped up with a little extra time on their hands, some AH readers have shared clues they’ve been wondering about, like this one. What the heck is that? 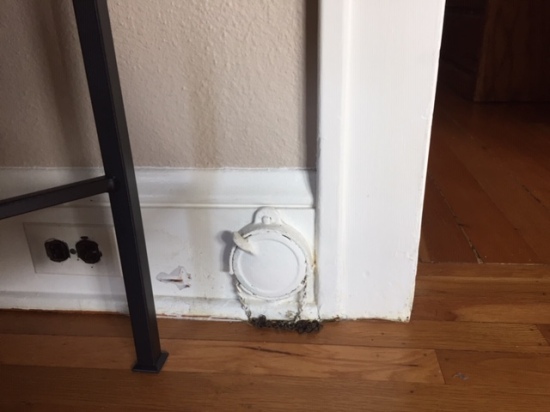 It’s an old central vacuum port, which was an amazing modern luxury when it was installed back in the 19-teens. Central systems, powered by an electric motor in the basement, began to appear by 1910 and by 1915-1920 were fairly common.

To indulge your curiosity and powers of observation–and with a little extra time on your hands to look around–enlist the support of your young historians in this week’s suggestions of things to think about and do. Click in below for this week’s installment: