Big changes are underway at the southwest corner of NE 33rd and Alberta. The 109-year old grocery store building–built when there were more horses than cars in Portland and before streets in this area were paved–is slated for demolition and will be replaced by a three-story, mixed use condominium / office building. Public notices have recently been posted on the property by the City of Portland alerting its status as being in a 120-day demolition delay. 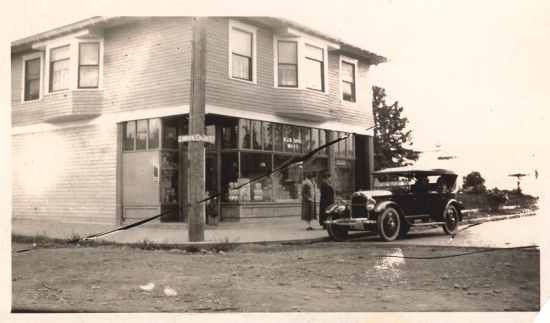 This photo from the 1920s shows the Logan Grocery, a view looking southwest from the corner of NE 33rd and Alberta. NE 33rd Avenue, then known as the “county road,” was not yet paved. Photo courtesy of Bob Wilson. 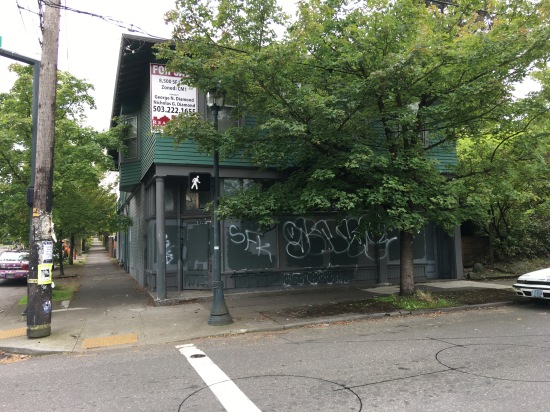 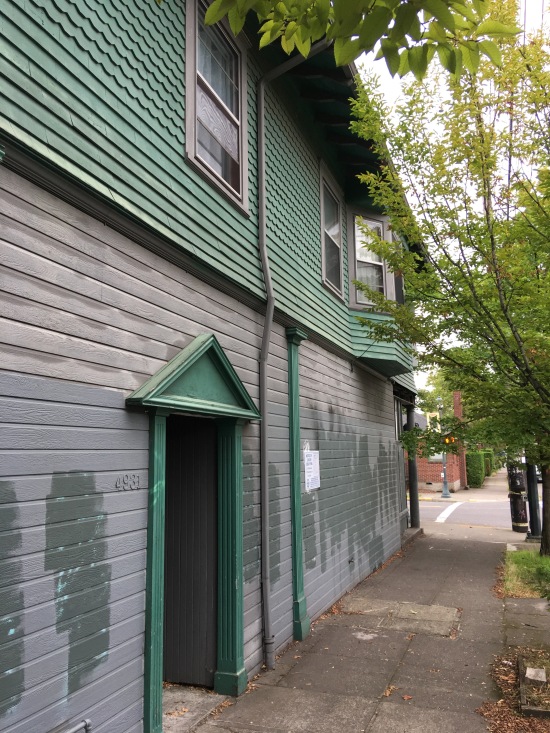 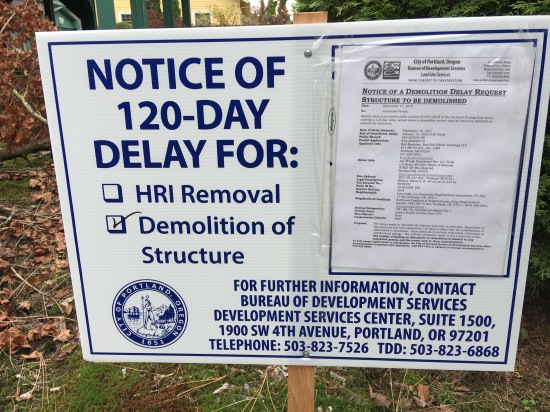 Developer Bob Bochsler of Box Real Estate Holdings in Portland expects demolition to take place in 2020 with construction to follow. While drawings for the new structure are not yet complete, Bochsler envisions a building with a pitched roof and an inner courtyard facing NE Alberta. “I want it to be in keeping with Pacific Northwest style,” said Bochsler.

When he first approached the project, Bochsler said he wanted to consider ways to utilize the existing building, but costs associated with reinforcing the foundation made adaptive reuse not cost effective.

The property is ranked in the City of Portland’s Historic Resource Inventory, recognizing its significance for potential historic register designation. However, because past owners have never listed the property in the National Register of Historic Places, it can be torn down after a brief delay.

Operated from the 19-teens until the 1940s as “Logan’s Grocery,” the building cycled through multiple owners in the 1950s-1970s, known as Zwhalen’s Market and then as Romoli’s. From the late 1970s until recently, the building contained the studio and residence of Portland artist Jay Backstrand.

The building in March 1962, as Ernie Zwhalen’s Market. Photo courtesy of City of Portland Archives, image A2011-013.

Concordia resident Bob Wilson, grandson of second-generation former storekeepers Anna and Earl Logan, has fond memories of the store from its heyday, and shared photos of the Logans behind the counter of their store taken in the 1940s. 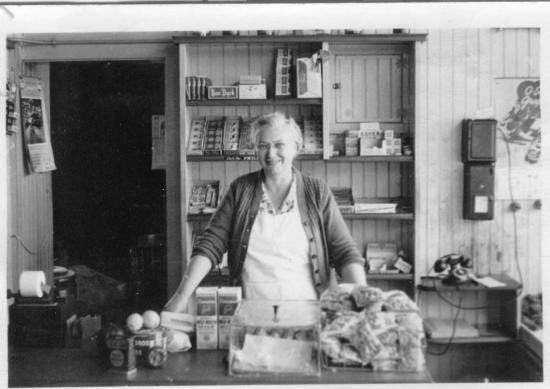 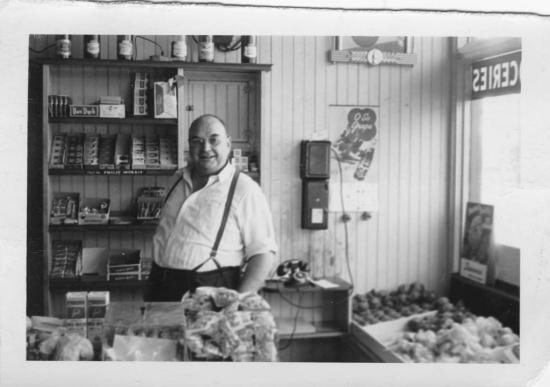 Anna Logan and Earl Logan pictured inside their store at NE 33rd and Alberta during the 1940s. Courtesy of Bob Wilson.

In a recent e-mail, Wilson shared these memories:

“When I was a small child, my grandparents lived in the house just south of the store. My grandmother would fix lunch every day for my grandfather Earl and bring it over to him. Earl was the storekeeper. Anna was the butcher for the store. As a small boy it was so much fun to be with my grandparents, and then to go over to their store and see all of the people who dropped by.”

We welcome photos, memories and stories about the life of this building and its corner over the years, and will continue to follow plans for demolition and construction.

Read more here on the blog about the storefronts of NE Alberta, nearby mom-and-pop grocery stores, and some of our photo detective work identifying other old Alberta Street businesses.