With a high-capacity pipeline laid in by hand in 1915 between the Mt. Tabor reservoirs and the new 1-million-gallon tank at NE 19th and Prescott replacing the old standpipe in 1920-1921, neighbors could water their lawns to their hearts’ content.

The old hand-me-down Vernon Standpipe was shuffled off to Willamette Bluff and the only conversation about the tank site for the next generation had to do with Water Board allowing students at the Vernon Practice House and Vernon School to plant gardens on the site. In 1922, a load of bricks from the old Palatine Hill pumping station, which was being demolished, was sent over to help beautify the site.

In July 1945—in the years before air traffic control and computer-aided navigation—a pilot for United Airlines suggested the city install a red beacon light atop the tank to serve as a guide for passenger airplanes trying to find Portland Airport.

But mostly, water needs were met. Until the long, hot summer of 1959.

Lots of lawn sprinkling and a lot more users completely drained the Vernon Tank. And public attention once again turned to the need for water and what the city was going to do about it. Fortunately, plans were already afoot to upgrade Vernon’s storage capacity by creating the largest storage tank of its kind in the nation: 5.5 million gallons.

Due to a steel strike, and local opposition from neighbors who were initially opposed to the size of the tank, it took a few years, but in February 1961 the Water Bureau selected Chicago Bridge and Tank to build the new tank for $469,000. And thankfully, once again, a city photographer chronicled progress in this great series of photos, all courtesy of Portland City Archives, series A2012-005. Be sure to check out the view from the top. All of these are worth a double click to see the detail. These guys were proud of their work. 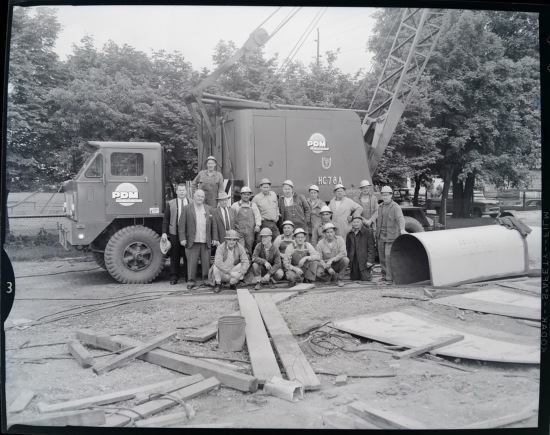 Using one of the on-site cranes, the photographer captured this aerial view looking northwest from the tank, NE Prescott crossing in the foreground, March 12, 1962. 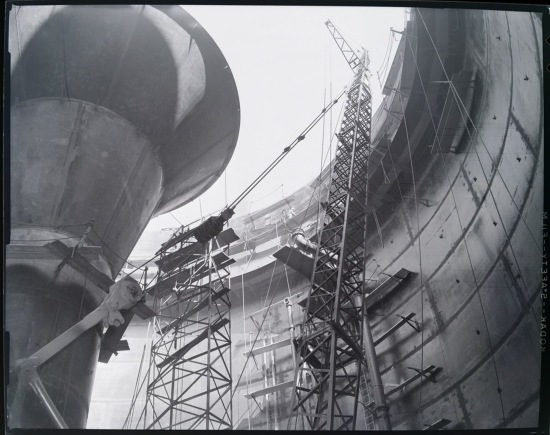 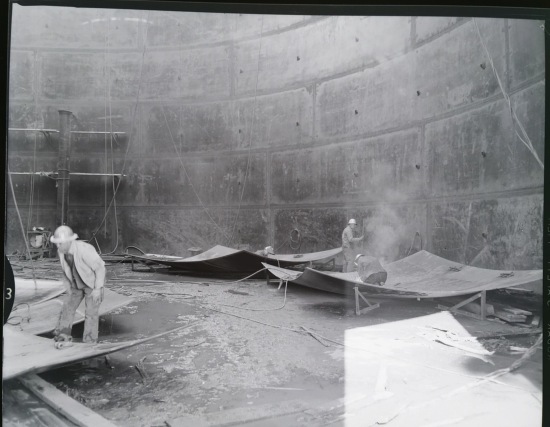 Workers atop the tank during final stages of construction, June 11, 1962 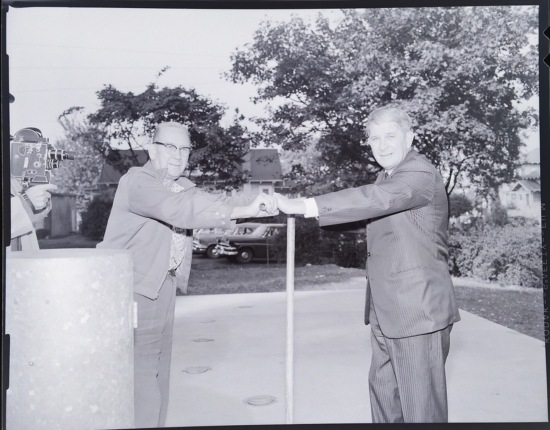 Portland was proud of its crowning distinction of having the largest water tank in the country.  On its Golden Anniversary celebration in December 1963, the American Society of Civil Engineers added the Vernon Tank—along with Bonneville Dam, the St. Johns Bridge and Timberline Lodge—to its engineering hall of fame.

In an interesting post script to history (and with thanks to attentive reader Grant), we’ve confirmed with the Portland Water Bureau that the 1 million gallon tank–the one built in 1920 atop the tower–has not held water for more than 40 years due to being made obsolete in the late 1970s or early 1980s due the construction of other storage facilities.